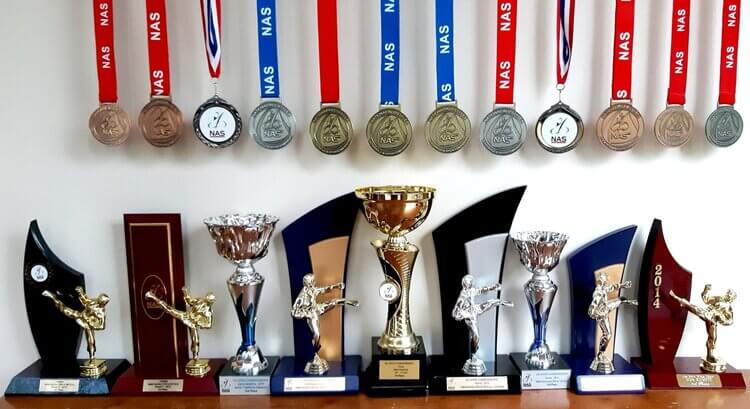 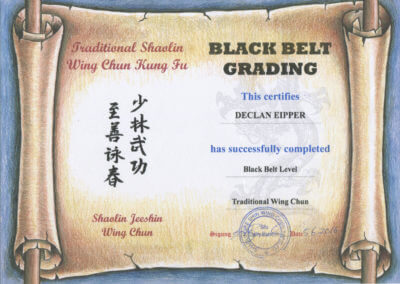 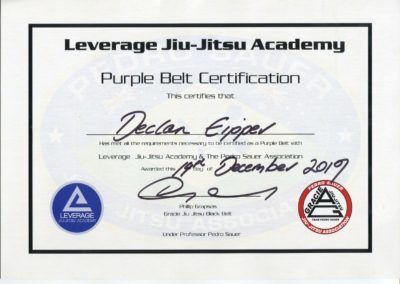 You can start classes at any time and participate in any class without any previous experience.

As a brown belt in 2015, Declan won the title of NAS Victorian State Champion in traditional forms, performing Biu Gee in the advanced division. Earlier in 2015 in a NAS Victoria qualifying tournament, though only a brown belt, Declan defeated multiple black belts from various martial art styles to become a finalist in the open black belt division’s continuous sparring. He initially drew the final, eventually losing in extra time. In over three years of competing in NAS tournaments against martial artists of all styles, Declan placed 1st, 2nd or 3rd on 20 occasions in either traditional forms, traditional weaponry forms, continuous sparring or points sparring.

In early 2016, Declan stopped competing to focus on his black belt grading. At the end of 2016, after over four years of teaching classes for his Sifus, Declan left the School where he had learnt his Kung Fu to focus on his Jiu-Jitsu. He was subsequently approached by a number of former Kung Fu students to teach private lessons. At their urging and encouraged by his Jiu-Jitsu teacher, he decided to establish Wing Chun & Jiu-Jitsu Melbourne, which opened in January 2018.
Find Wing Chun & Jiu-Jitsu
Melbourne: 13/10 Mirra Court, Bundoora 3083
Wing Chun & Jiu-Jitsu Melbourne is conveniently located in Bundoora, a north eastern suburb of Melbourne. 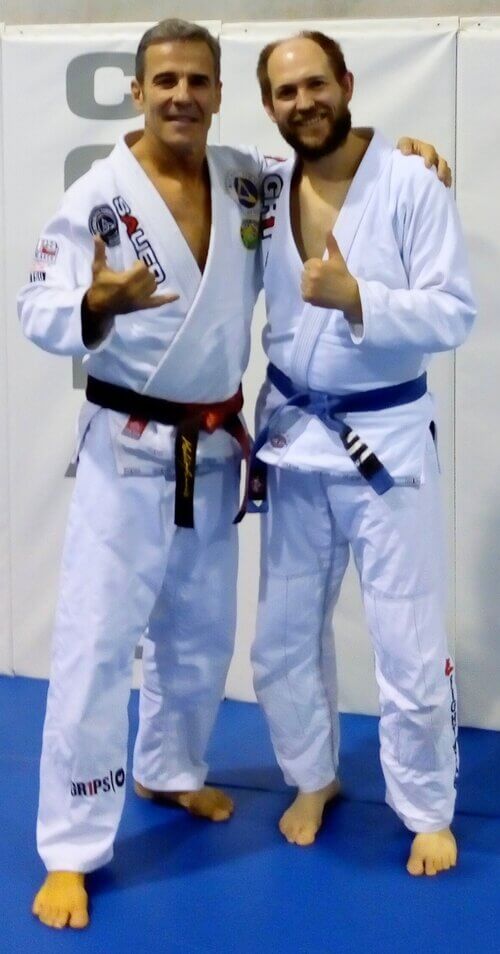 In Declan’s second year of Wing Chun Kung Fu training he asked his instructors how he might defend himself if he was hit from behind or tackled and the fight ended up on the ground. He was told, “You must stay on your feet!” Dissatisfied with this answer, he undertook an extensive study of mixed martial arts in general and of UFC bouts in particular. He ended up concluding that he could train in almost any martial art to learn how to defend himself on his feet, but only Gracie Jiu-Jitsu (Brazilian Jiu-Jitsu) would teach him how to defend himself on the ground.
Declan’s Purple Belt Jiu-Jitsu Grading. Technique Demonstration Highlights. 14th December 2019.
Declan’s Purple Belt Jiu-Jitsu Grading. Sparring Demonstration Highlights. 14th December 2019. 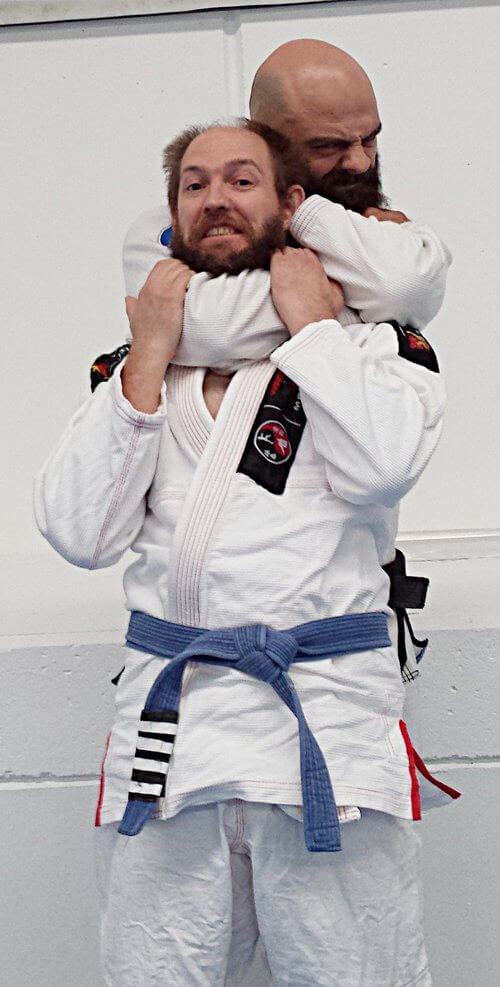 Declan has combined what he learned from Gracie Jiu-Jitsu (Brazilian Jiu-Jitsu) with what he learned from Wing Chun Kung Fu, one martial art informing the other. The skills acquired in each was enhanced by their cross-pollination. Declan continues to train Gracie Jiu-Jitsu (Brazilian Jiu-Jitsu) outside of his own School and to fuse it with Kung Fu techniques within his own School to extend his repertoire of self-defence skills and that of his students. 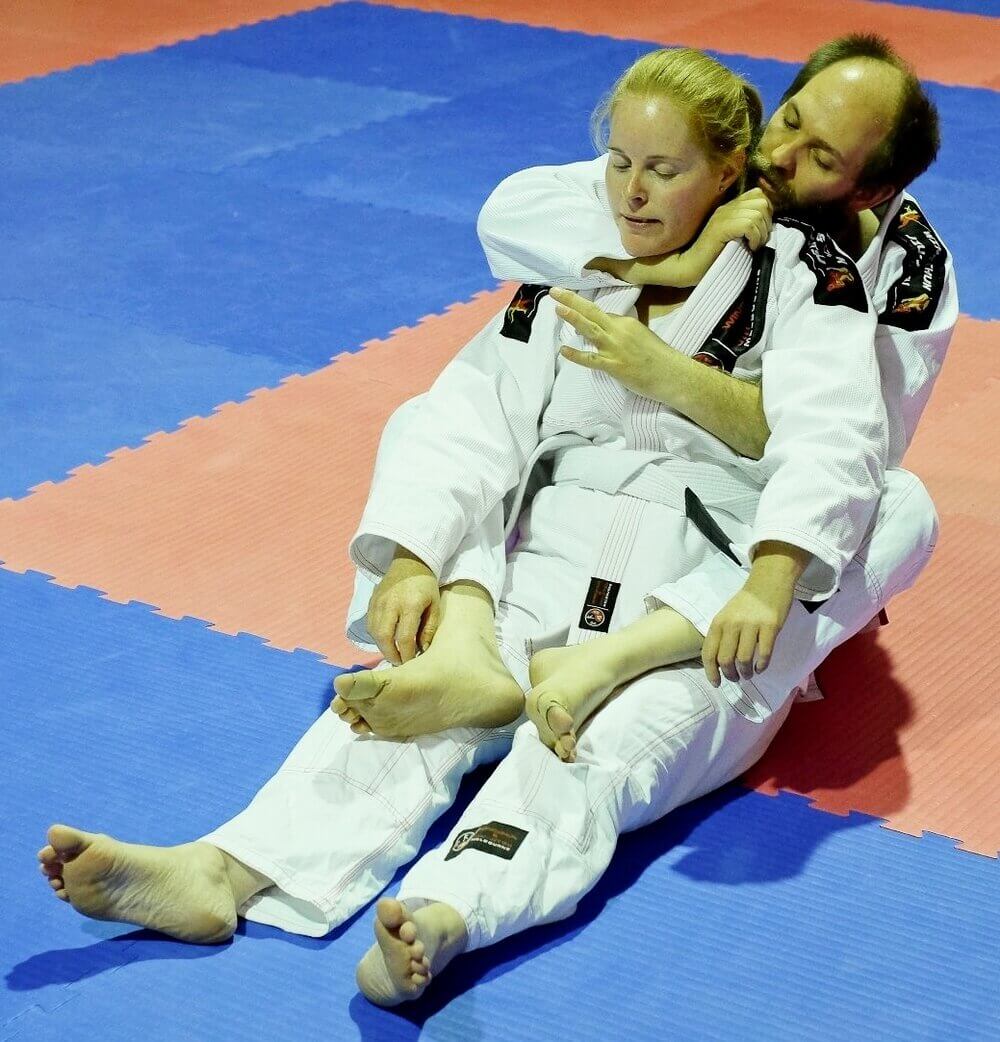 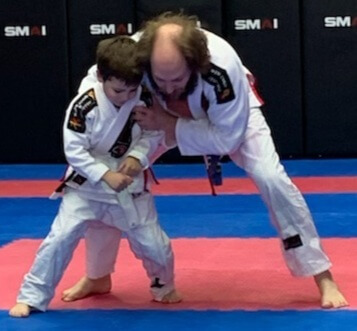 Declan teaches Wing Chun Kung Fu and Gracie Jiu-Jitsu (Brazilian Jiu-Jitsu) as separate disciplines. He continues to respect what is distinct to each. Their combination only occurs on the basis of the student’s mastery of each in its own right. He does not see himself as teaching “mixed martial arts”, but complementary styles that extend and enhance the range of skills required for successful self-defence. Wing Chun Kung Fu and Gracie Jiu-Jitsu (Brazilian Jiu-Jitsu) are both based on bio-mechanics, economy of movement and a reliance on superior technique as opposed to brute strength. Properly employed, they provide a remarkably complete system of self-defence that is efficient, practical and street effective. 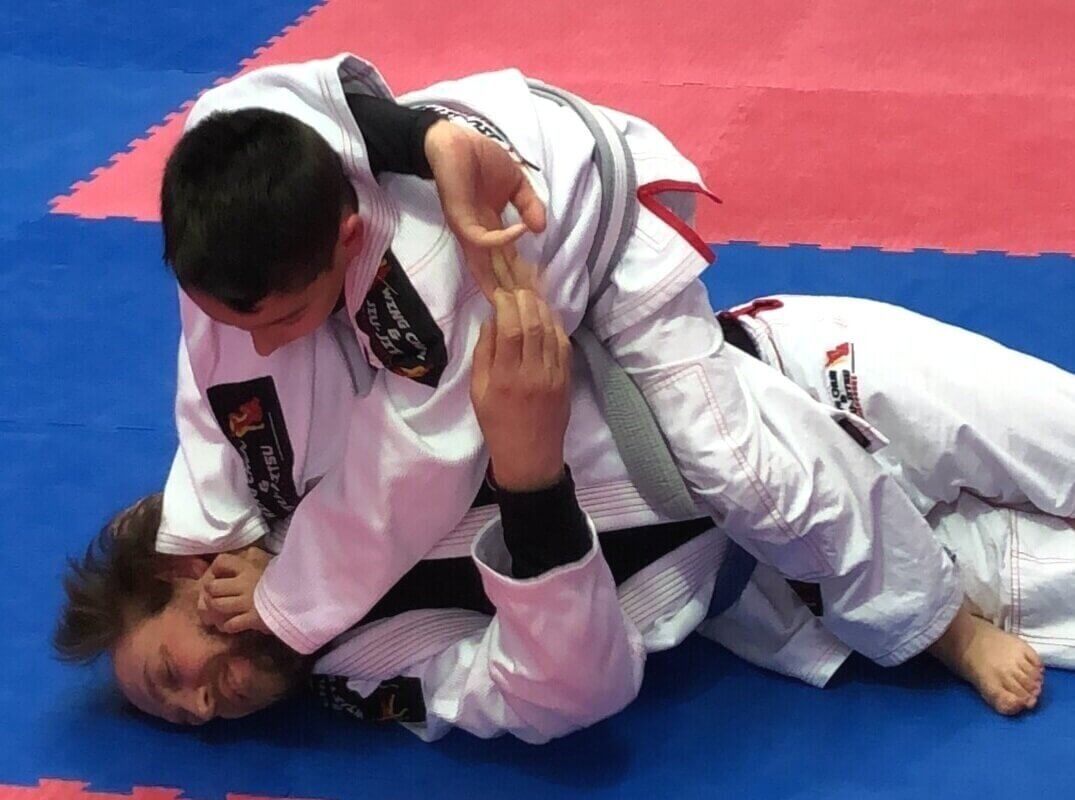 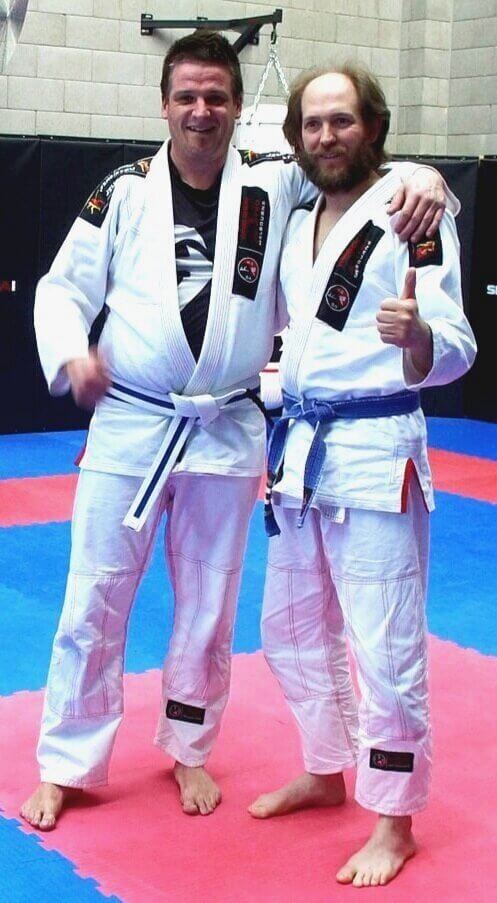 Learn self-defence skills that could save your life! 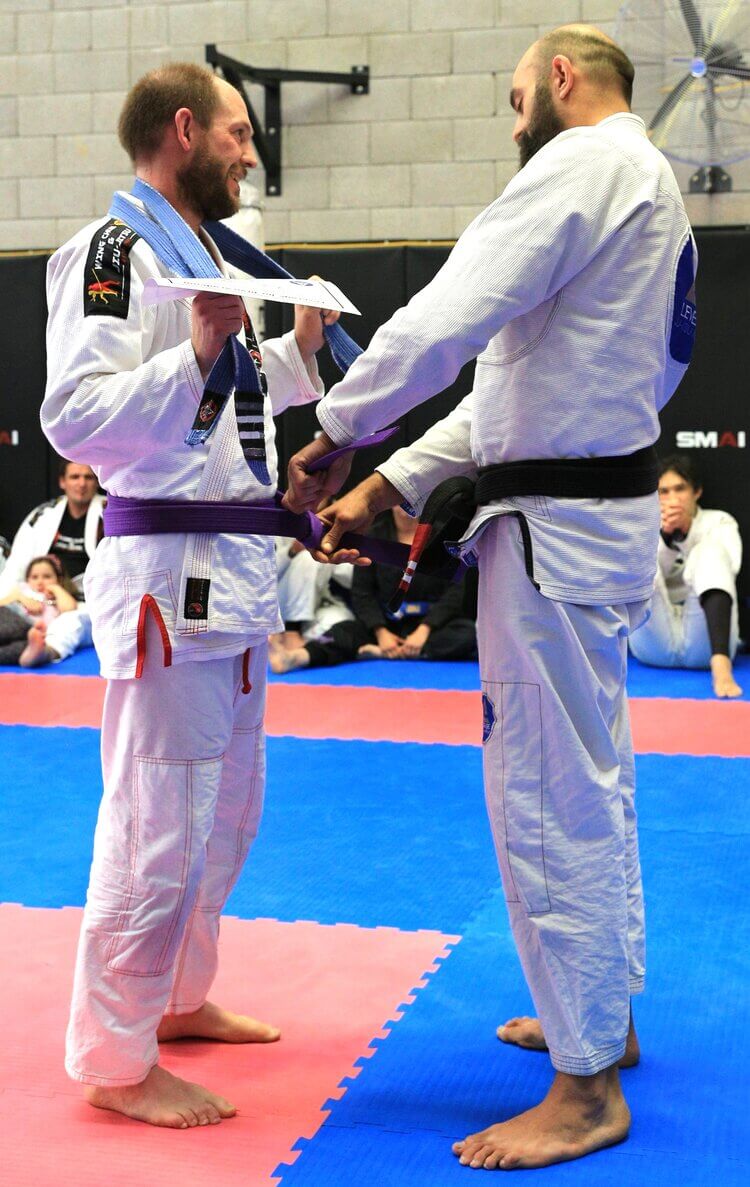 Locations in Melbourne our students travel from: